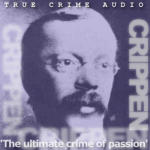 Written By : Not Known

The tale of Dr. Crippen bears all the trademarks of the classic English whodunit. It is a thrilling tale of death, love, sin and virtue. While stereotypical in nature, it is set apart from the ordinary by the motive of its crime, Freudian in nature and, in fact, reminiscent of the Jekyll and Hyde syndrome that fascinated period writers.

"There are two sides of the story - the physical, which is sordid, dreadful and revolting, and the spiritual, which is good and heroic," writes Filson Young, editor for the "Notable British Trial Series," which published the Trial of Hawley Harvey Crippen a decade after the sensational murder and subsequent trial occurred. "Such a story can only be understood by the aid of the imagination; and it should remind us, in the judgments we pass on our fellow men, never to forget the dual nature of the human character and the mystery in virtue of which acts of great moral obliquity may march with conduct above the ordinary standards."

This recording is, in essence, a melodrama tracing the events leading up to and after one of Edwardian London's most publicized crimes - and, definitely, one of the most colorful of the Twentieth Century.

Its cast of characters includes a lovelorn murderer, his wicked wife, a demure heroine, a sharp-as-a-tack Scotland Yard detective and a sleuth-playing sea captain.

Certain histrionics have been very slightly altered, for effect, but the nature of the crime - its mechanics, its motive, its chronology and its results remain intact. Certain patches of dialogue have been constructed to explain a character's inner thoughts and devices. But, the personalities involved, in all their societal and anti-societal form, are as they were.