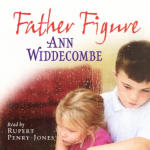 Jason Kirk is a thirty-two-year-old teacher who believes he is happily married until he returns home one day to find that his wife has left him, taking their two young children with her.

Suddenly Jason finds the role of father denied him as he is separated from his children and reduced to the role of visitor. The law is weighted against him and his wife produces a series of excuses to withhold contact with Jake, eight, and Leah, three.

Jason, who had wanted to bring up his children on a daily basis, not only has to face the pain of this loss but endures the misery of persecution by the Child Support Agency. He discovers he is not alone, that among friends and colleagues are others enduring the same situation.
Jason's fate is a fact of twenty-first-century living, where, so surveys show, fifty per cent of all men now beginning families will not be living with their children by the time they reach the age of eighteen.

Just as in The Clematis Tree , when Ann Widdecombe was commended in particular for her portrayal of parents with a profoundly handicapped child, so in Father Figure — an enthralling, thought-provoking novel of modern fatherhood — her message is simple: men are human beings too.

Rupert Penry-Jones played Piers du Pre in Hilary and Jackie and Donald Maclean in Cambridge Spies (alongside another Orion Audiobooks reader, Samuel West ). He has appeared in television as diverse as Spooks, Poirot, Absolutely Fabulous, Cold Comfort Farm and Jane Eyre, and other films include Charlotte Gray and The Four Feathers .