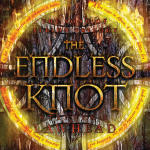 To set foot in Albion is to enter a rich world of fantasy, rooted in Celtic mythology. An astonishingly imaginative story sequence.Books Magazine

Picture a world intricately entwined with our own, yet separate, pulsing with the raw energy and vivid color of Celtic myth come to life. Picture Albion.

And enter Lewis Gillies, an Oxford student whose search for a missing friend leads him through a door to another realityand unimagined discoveries about life, good and evil, and his own identity and destiny.

Having ascended the throne as Albions High King, Llew takes the beautiful Goewyn for his queen. But in the midst of their joyous union, treachery is in the making, forcing Llew to choose between the honor of his kingship and the desire of his heart.

His decision drives him across the sea, far beyond Albion to the dark terrors and haunted wastes of the Foul Land. There, as the fabric of two worlds unravels, Llew hurtles headlong toward a final conflict with the Brazen Man. In the balance hangs not only the fate of Goewyn but also the very life-song of Albion, contained within the mystical Singing Stones.

Stephen R. Lawhead is an internationally acclaimed author of fantasy and imaginative fiction. Although born and raised in America, his research into Celtic legend and lore brought him to Oxford, England, where he now resides with his wife, writer Alice Slaikeu Lawhead, and their two sons, Ross and Drake.

Earphones Awards recipient Robert Whitfield was born in England and worked for the BBC for ten years as a radio news announcer and also worked as a narrator for the Royal National Institute for the Blind in London. In addition to narrating for Blackstone Audiobooks, he involves himself in numerous stage-acting projects in the United States and Europe.